Applying to Harvard Medical School once seemed like a long shot for Camilo Campo. It’s a good thing Campo believes in aiming high. He is now in his second year at the prestigious institution. 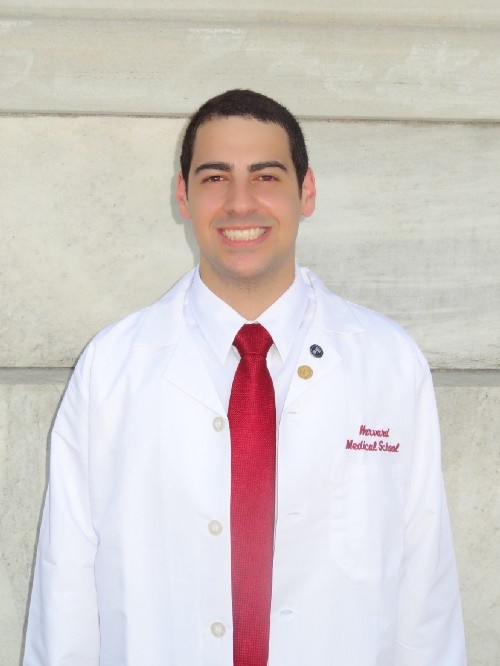 Campo admits this wasn’t always the case with academics. As a football player at Edgewood High School, he focused more on the game than on schoolwork. That changed when he suffered a spinal stress fracture that resulted in his having to leave the sport behind.

His ensuing treatments inspired Campo to become a doctor himself.

“I was fascinated with all the knowledge the doctors had,” he says.

Campo worked hard to get his grades up so that he might be accepted to UW-Madison. He was disappointed when he didn’t get in, but he didn’t give up. Instead, he began the Liberal Arts Transfer program at Madison College, where he committed himself to improving his study habits and to preparing for a medical degree.

He maintained a 4.0 grade point average and was a member of the Phi Theta Kappa honor society. Participating in PTK’s community service projects motivated him even further.

“Camilo was one of the most inquisitive students in my class. He asked questions that consistently raised the level of the course for all students,” says his chemistry instructor Jennifer Jackowski.

Upon completing his associate degree, Campo transferred to UW-Madison where he earned a bachelor’s degree in biology.

He applied to medical schools across the U.S. Jackowski eagerly endorsed him to the Harvard admissions review board.

Nearing the end of his second year there, Campo’s goal is to provide medical care to underserved populations.

He adds, “I credit Madison College for really making me the student that I am today.”