On March 5, Madison Fire Department Captain Jen Roman was teaching a class at the Truax campus Public Safety Building when her cell phone sounded an alarm. The message was from the PulsePoint app telling her someone was in cardiac arrest and needed immediate assistance.

“When I looked at my phone, I realized the person was in the classroom next to me,” she recalled. “I grabbed the AED and ran.” 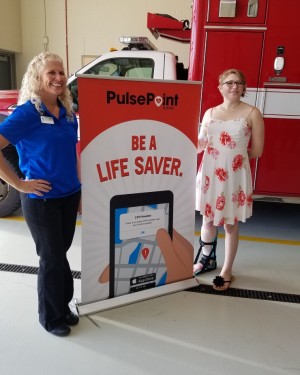 Victoria “Tori” Smith, an Advanced Emergency Medical Technician student, was the center of attention. Her fellow students and instructor, Steve Pilsner, started CPR within 15 seconds of recognizing her condition. After the first shock she regained a pulse and turned pink briefly then went back into arrest.

A 911 call brought City of Madison and Dane County Emergency Medical Services to the scene. Smith’s heart was shocked seven times before they loaded her in the ambulance for transport to the hospital.

“Watching that ambulance drive away, I thought we would be attending her funeral,” Roman said, her voice trembling.

Three months later, on June 5, Smith was able to thank the “dream team” that saved her life. One-by-one she presented each first responder, classmate and instructor with a pin symbolizing their heroism. The “save party” was held at Madison College to inform the public about PulsePoint and to urge citizens to become certified in CPR.

Inspired by her uncle and grandmother to pursue a career in health care, Smith volunteers with the Oxford, Montello and Westfield EMT services. She is also enrolled in the Dental Hygiene degree program at the college. 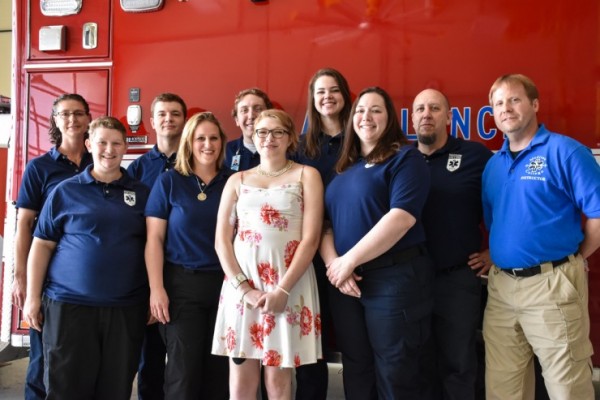 Smith developed compartment syndrome, a painful condition caused by pressure within the muscles which decreases blood flow, but she plans to be back on campus in the fall.

“I love what I do. I am full of admiration for these people. This experience inspires me to do better,” she said. She thanked the first responders for “being the light in my darkest moment.”