Against all odds: How boredom, ‘The Jetsons,’ and a walk around the neighborhood changed lives

As an African American man growing up on Madison, Wis.’s south side, Richard “Ric” Kendrick couldn’t see beyond a high school diploma — and even that was iffy. In fact at 15, feeling bored, he considered dropping out of school. But as the youngest of seven, in a single-parent household, he knew he needed to get his diploma. Raised by his mother, Ric never met his father. 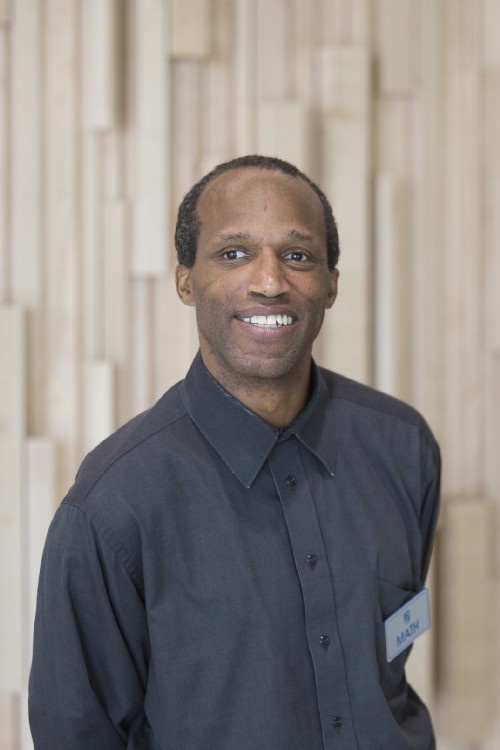 Once he graduated from Madison West High School in 1981, Ric was unsure of what was next. He moved from odd job to odd job, working in multiple positions at St. Mary’s Hospital as people noticed his strong work ethic and recruited him for new opportunities. Ric settled into a comfort zone, with a daily routine.

At age 26, Ric’s seemingly stress-free life was turned upside down. Ric had decided to search for his father but found out he had passed away that year. This news sent Ric into a destructive spiral of anger and depression.

Three years later, Ric slowly shook out of his funk and realized he needed to do something more with his life. “I knew I had to make a change,” Ric said. “It was the best decision I ever made.”

Inspired by the TV show “The Jetsons,” he wanted to make cars fly. So he applied to the University of Wisconsin with the goal of majoring in nuclear engineering. His UW advisor expressed concern about Ric’s admittance because he had been out of school for 10 years; he was encouraged to attend Madison Area Technical College. “I went to MATC for a semester and that spring received a letter from UW inviting me to start school in the fall!” Ric added.

Attending college opened Ric’s eyes to a new world — a world that was more comfortable. Life was easier as a college student than he expected, but he had to adjust to this new way of life. “I had to learn how to study. I honestly don’t remember bringing home a book growing up or even studying,” he said. “I watched my fellow students and learned how to be a college student that way.”

Ric ended up following his wife, who he met at UW, to the University of Wisconsin-Green Bay where he graduated with a Bachelor of Science degree in math. He began a pursuit of a master’s degree in climatology at the University of Wisconsin-Milwaukee when he learned of tragic news that again rocked his world: His beloved mother passed away. Struggling to cope with her loss, Ric dropped out of the program.

“People told me I needed to stay in school and finish my master’s but my mother died. And I never knew my father,” Ric said. “I couldn’t concentrate.”

Discovery of a hidden passion

Ric eventually moved back to Madison’s south side. One afternoon as he was walking around the neighborhood, he found himself in front of the Madison College South Campus building on Park Street. His decision to walk through those front doors changed his life’s course as well as many others. It was here he met Javier Neira Salazar.

“I was talking with Javier about how I couldn’t find a job — I was either over qualified or underqualified. Javier said ‘you know what, call this number.’ ” Javier referred him to a contact at Madison College who was looking for someone with a math background. Ric was hired as a part-time math instructor teaching College Math, and Math with Business Applications. This led him to his true calling in life, or as he says enthusiastically, “I found my niche! This is where I should have been all along.”

Since his first day in 2014, Ric has taken on more classes and taught in the Middle College program. This year, Ric joined forces with the Gateway to College program, helping students between the ages of 16 and 23 who dropped out of high school or are behind in graduation requirements. Through this program, those students can earn their high school diplomas and receive college credits at the same time.

Ric is now teaching many students who were like him on the south side in the early ’70s. “I start my first day showing this picture to my students,” Ric said, flashing an old ID card with his headshot featuring a young Ric with dreadlocks. “I want them to know I was them once. This is what I do it for. The students.”

Jennifer Celaya, a student in the Gateway to College program, had Ric as her teacher for Basic Algebra. She credits her success in this class to Ric’s dedication to his students. “He is not only an amazing teacher, he’s a great person,” Jennifer said. “He takes the time so you can understand and he makes sure you are not left behind. I loved having him as a teacher.”

Life has come full circle; Ric now teaches many classes on Madison’s south side and hopes to teach more in the future. He strives to make a positive impact in his lifelong community. “We need more role models on the south side. I want the male African American students to rise up and be positive,” he said.

Ric’s aspirations are to influence and touch all of his student’s lives, not just one. “Some people are happy with just changing one life but I want to change them all. I want to set my goals high. That’s how I give back,” Ric said. “I portray myself as a role model by doing — not by saying. I make sure I’m well versed in what I need to know, act according and set a good example.”